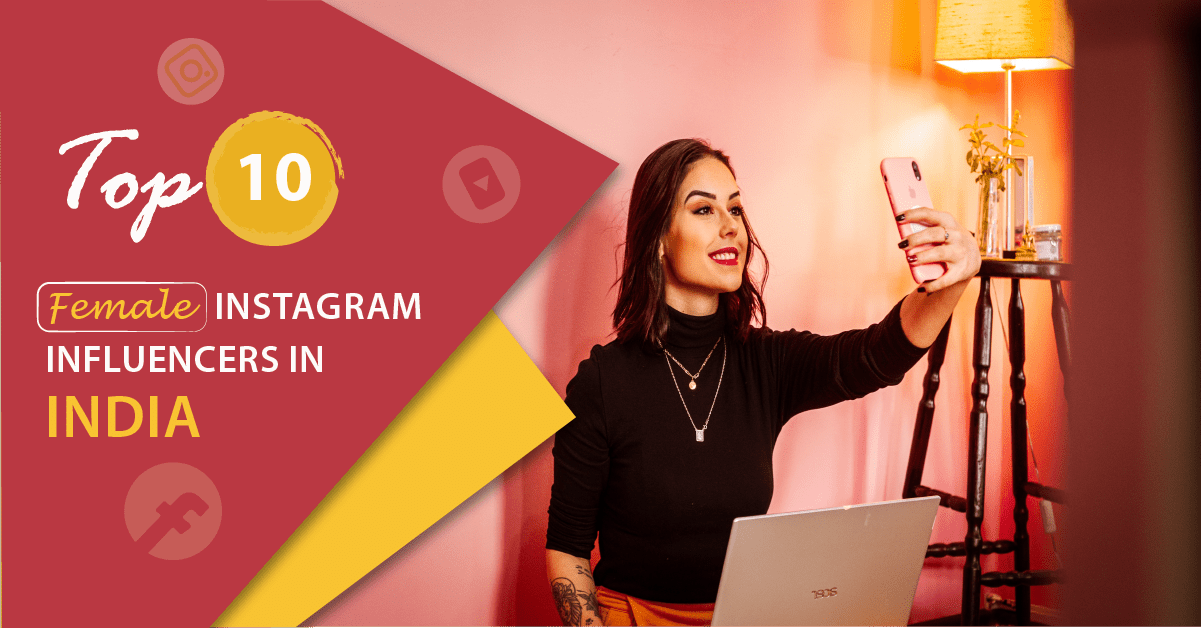 More importantly, all these female influencers strongly express their opinions in front of so many people out there. These powerful women have selected their respective fields like comedy, journalism, etc., influencing the wider audience. Through their firm conviction, they break the barriers laid by society and live their lives in the way they want. These restrictions don’t make any sense because they are more aware and looking things from a different perspective. They are working so hard to achieve their desired goal and becoming such famous personalities.

Top 10 Female Instagram influencers in India who influence the audience:-

The women influencers that are mentioned here have done some incredible work and brought a change to society.

Tahira Kashyap was born on 21st January 1985 in Chandigarh. She is an Indian writer and director of the theatre. Tahira is married to one of the established Bollywood actor, Ayushman Khurrana. She is the director of the theatre, and through her skills, she has directed two short films which are “Pinni” and “Toffee” and she formed a cinema collective with the name “Indian Women Rising” with Ekta Kapoor and Guneet Monga to encourage women directors so that they can showcase their talent.

She has written three books: I Promise a Story of Love and Deceit, The 12 Commandments of Being a Woman, and Souled Out. Tahira has gone through an adamant phase in her life, and as she has fought depression and she was infected with breast cancer. She is strong enough to share her experience with the world and motivate others to take the help when it is required and she wants to encourage people to easily speak up about their feelings and sufferings and don’t face it alone. She is a great Female Instagram influencers in India because of her work. The engagement rate of Tahira’s audience is 6.50% and she is the partner of several brands like Skin Kraft.

We all know, Tahira Kashyap has a huge fan base and she has 447K followers on Instagram.

Kusha Kapila was born on 19th September 1989 in Delhi. She is an Indian actress, content writer and a well-established social media celebrity. Khusha has come into recognition when she played the role of ‘’Billi Massi’’. She is expressing her views on the topics like being sexualized at a very young age, body shaming and her fearless attitude to speak up on topics that should get the attention of the people.

Thus such initiative taken by her inspired her followers to do the same. Apart from this, her unique style of creating hilarious videos which are based on real-life situations and she is one of the best female Instagram influencers in India as she is able to impress the audience. As a result of this many brands approached her for collaborations which include OPPO India, VLCC Personal Care etc.

Kusha Kapila is very popular as she creates humorous reels and she has 2.3 million followers on Instagram

Dolly Singh was born on 23rd September 1993 in Uttrakhand. She is an Indian fashion blogger, YouTuber and social media influencer. She is famous for being the content developer at iDiva and she is known for playing the characters of ‘’Raju Ki Mummy’’ and ‘’South Delhi Girl’ on YouTube. Dolly’s journey is not easy as she comes from a small town as she has to experience the insulting words said to her by the others.

The way she has created funny videos easily attract the audience as they are eagerly waiting for the new videos. She has also tried to hide her family background and pretended that she belonged to very high society. Thus she considered this approach not right and she wants others to accept the reality and not hide it.

All these factors make her a good Female Instagram influencers in India because of the way she is. Dolly’s over 10% engagement rate allows her to post relatable content on her social media. As a result of her immense popularity brands want to do collaborations which including Olay India and many others.

Faye D’Souza was born on 8th October 1981 in Karnataka. The profession she is pursuing is of Indian journalist and a television news anchor. She has worked on the post of the Executive Editor of Mirror Now owned by The Times Group. She rose to stardom with the shows like The Urban Debate on Mirror Now, where she has done anchoring on the subjects related to corruption. More importantly, she is also awarded the Red Ink Award for ‘Journalist of the Year’ in 2018.

Faye D’Souza is the woman who stands out from the male-dominated sphere of journalism as she comes in upfront to speak on the matters which are concerned with the common man. Faye’s Instagram page act as the medium of information provider of all the events that are currently happening. The viewers like the way she conducts the narrations which are not biased and it results in making her the impactful female instgram influencer in India because of her contribution.

Faye D’Souza is one of the best journalists and she provides all the essential information through her social media handles and she has 1.3 followers on Instagram.

Ishita Sudha Yashvi was born on 11th December 1982 in New Delhi. She is an Indian women entrepreneur, and she has experience in the field of marketing and public relations. Ishita is seen as one of the founding members of the Cross Border Kitchens, and the idea came when she was enjoying dinner with her childhood friends as they all love to eat food.

She believes that a sound support system given to women can help them to do their best in any field. Ishita also interacts with her followers as she posts things related to hair care and sustainable living. Some of the brand collaborations include the name of Home and Co and many more.

Anushka Sharma was born on 1st May 1988 in Ayodhya and she is an Indian actress and a film producer. She is one of the leading ladies in Bollywood. Therefore, at the start of her acting career, she has to struggle a lot, but she continued doing the films she wants to do. Anushka is the co-founder of Clean Slate Filmz, a production company, and under the banner of her own production house, she has acted and produced movies like Pari and NH10. Apart from this, she has also produced web series like ‘’Pataal Lok” and ‘’Bulbul’’.

She strongly supports numerous social causes, which is women’s empowerment and doing the charity work that is so inspiring. All these qualities of her make her a good Female Instagram influencers in India Anuska’s popularity is very high and therefore brands like Lavie Bags & Shoes, Prega News loved to do collaborations with her. On Twitter, she has a rate of engagement of over 5% and she was seen as the ‘Most Engaging on Twitter’ in the list of Indian cinema actors.

Anushka Sharma is one of the established Bollywood actress and she has 57.4 million followers on Instagram

Manushi Chhillar was born on 14th May 1997 and she is an Indian actress, model and the winner of Miss World 2017 pageant. She is pursuing a medical degree but she has entered the world of pageantry. The campaign run by her is ‘’Project Shakti” which is aimed at spreading awareness about menstrual hygiene. She has also supported causes like Fit India Campaign, HIV/AIDS in India and she has also advised people to stay indoors during the time of pandemic.

In 2021, she has done a partnership with the United Nation Women’s to create awareness related to gender-based violence. She has collaborated with brands like Panasonic India, Dyson India, and many others. The engagement rate is 4% on her social media accounts, which means she can influence the audience. All these factors make her an impactful female instagram influencer in India because of her vital contribution

Shirley Setia was born on 2nd July 1995 in Daman and she is a Bollywood singer. She was also acknowledged as India’s YouTube sensation by the Hindustan Times.

She has participated in the T-Series competition, and she won the competition among the thousands of participants. Therefore some brands love to collaborate with Cadbury Dairy Milk Silk, Venus India etc.

Garima Chaurasia was born on 28 August 1997 in Haridwar. She is a tick-tok star and she used to upload videos with her best friend.

She has been a part of many music videos and her followers like her style and she has collaborated with some brands like OnePlus India.

Garima Chaurasia is very popular as she used to make the tick -tock videos and she has 13.7 million followers on Instagram

Prajakta Kohli was born on 27 June 1993 and she was born in Thane and she is known for creating humorous videos and her uniqueness is that she uses those desi terms and actions which are liked by the audience. She has launched #iPledgeToBeMe to spread awareness related to body shaming.

Prajakta has raised her voice on social issues. She has been featured in Elle magazine, and she is one of the top influences in today’s time and she is also the partner of brands like Breezer Vivid Shuffle

Prajakta Koli is famous because of the funny reels that she is creating and she has 4.8 million followers on Instagram

All these Female Instagram influencers in India are doing such innovative things that is liked by the audience as they eagerly wait what they will post on their social media accounts. Apart from this, they raise their voice on the issues that need attention and inspire so many people out there.