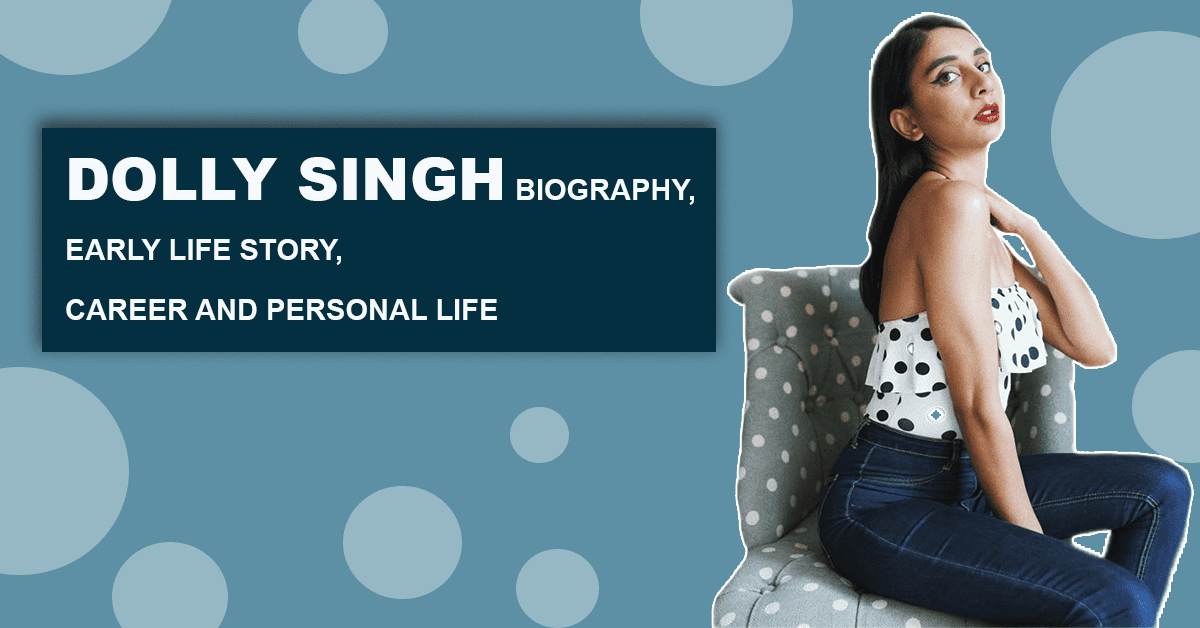 Dolly Singh is known as a very popular social media influencer and she is actively present on numerous social media platforms. If you want to know her journey then you must go for Dolly Singh Biography where her life journey can be known to so many people who would like to know her life journey. The biography acts as the best way as it will highlight the earlier life of Dolly and her struggles also.

The ways she is and her struggle journey can become the source of motivation as success doesn’t come easily because it requires a lot of hard work and dedication. All these things are covered in her biography as it has so much importance in her life because her journey of struggles becomes a strong point that will uplift her career.

From here, you will get to know about Dolly Singh early life story in an elaborated manner. She was born on 23rd September 1993 in Nainital in Uttrakhand. Dolly’s childhood was mostly spent in poverty only and she lived in a very small house as they were not capable enough to afford the expenses and she used to take care of her younger brother.

Besides this, she was also bullied in her school days by fellow students because of her dark complexion and skinny skin. She was also criticised for not belonging to an upper-class family. Apart from this, she was even insulted by her teachers because she was not allowed to attend the farewell party as she was sent back home just because her outfit didn’t go well with the dress code that was assigned for the farewell party.

Her parents have their own gift shop in Nainital city which they have named Apna Bazaar. Dolly’s brother whose name is Anmol Singh is a professional photographer. Dolly has commenced her studies in Nainital which is her hometown and after then to pursue higher studies she has to shift.

She has completed her graduation in Political Science Honours from Kirorimal College, Delhi University which is a very prestigious university. Apart from this she also holds a master’s degree in the field of Fashion Management from the National Institute of Fashion Technology, Delhi.

The beginning of Dolly Singh career has a huge significance in its own ways as it will glorify her entire journey. In the year 2015, she has commenced her own fashion blog ‘’Spill the Sass’’. She has started with this idea while she was pursuing her post-graduation. More importantly, she usually posts blogs that are concerned with makeup tips, shopping videos and many other important things.

Dolly did her internship along with iDiva which was a part of her graduation. It was an online platform based on Indian Women where they are providing beauty, style tips and entertainment news.

Besides this, when her internship finished she got the offer for the post of a content writer at iDiva only. Even though she wanted to go ahead with the profession of stylist but she took the offer. Later on, one important thing that happened was Facebook has given the contract to iDiva for creating the videos. From there onwards, she started as a writer and a producer but destiny has some other plan for her as ended up as an actor.

Later on, the director of iDiva Santu Misra has the idea of creating videos related to stereotypical ‘South Delhi Girls’. Dolly Singh along with the co-actress Kusha Kapila featured in this video series and got fame also.

Thus she has even collaborated with famous Bollywood celebrities like Priyanka Chopra, Ayushmann Khurrana, Kangana Ranaut and many others. She interviewed them in a different way where she was playing the character of ‘Raju Ki Mummy.’ She has also featured in the Netflix series Bhaag Beanie Bhaag in 2020. All these particulars are very important in Dolly Singh biography as it highlights her career graph.

On 17th April 2016, Dolly Singh YouTube Channel was established. Youtube proves to be the best platform for her to upload videos. She is so talented and how creatively she is just uploading videos that are liked by her followers.

Dolly has uploaded a video of ‘My Real House Tour’ which shows her parent’s house in the Nainital. The video seems to be purely raw and got love from the audience. More importantly, she has gained 605K subscribers on her YouTube Channel because of her massive popularity.

Dolly Singh is a very popular personality as she has become an internet sensation in today’s time. Due to this reason, she has massive popularity and she has 1.4 million followers on her Instagram account

Let’s discuss Dolly Singh personal life as she is in a relationship with her boyfriend Manu Chaturvedi. He works for the post of legal practitioner and dolly usually shares their photos on her Instagram account. . More importantly, both of them share a good bond and have a mutual understanding also. Previously they both were in a long-distance relationship. Due to this reason, this section needs to get a special mention in Dolly Singh Biography as it is related to her personal life.

The Dolly Singh Biography displays her entire life and her journey and how she became a social media icon. She has to face a lot of hurdles on her way but the hard work and dedication she has allowed her to fulfil her dream. Therefore, Dolly is getting so much love from her followers and becoming a source of inspiration for so many people. Nowadays, people get easily influence by the lifestyle of social media icons.