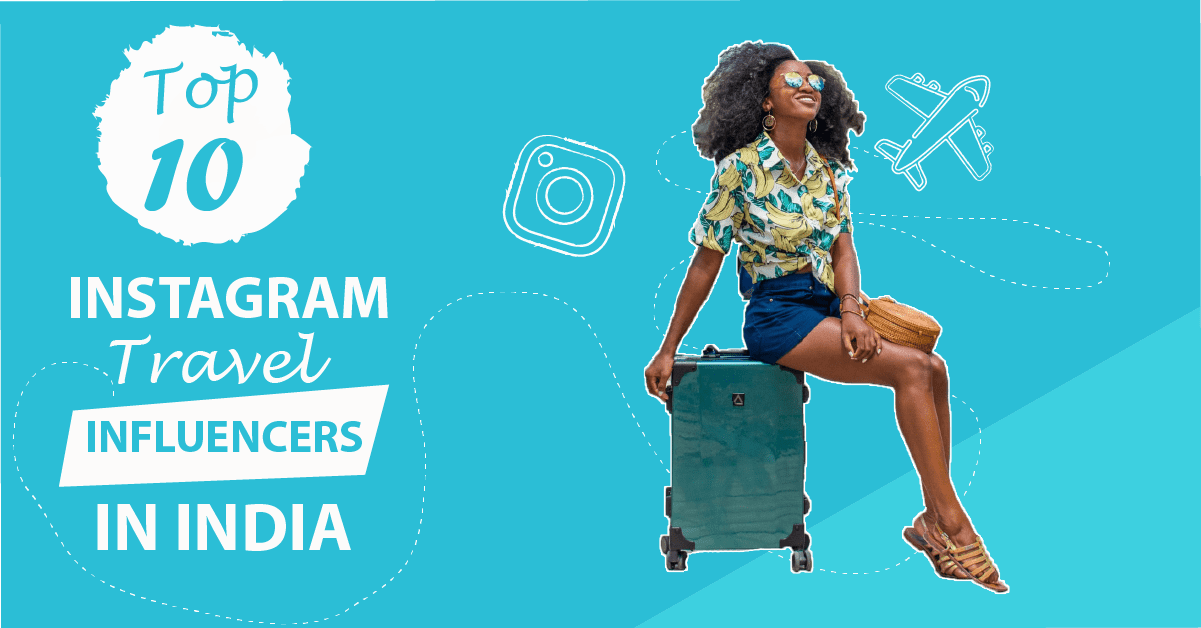 There are many Instagram travel influencers in India who love to create blogs, videos that are based on the topics like traveling, culture. Travel Influencers are referred to those personalities who have established their own channels on numerous social media platforms. More importantly, their followers also like their trips and their suggestions of their preferred places.

The way these travel influencers looked up to their lives is so motivating as they go on to one place to another and capture all the moments to share their journey to the world, which is amazing. Besides this also put emphasis on the unexplored places which one can consider if they want to go out. Their enthusiasm towards life and to do those things which they love is very motivating for their followers. It is pretty obvious that every new place has its speciality and some factors that make them unique and when someone senses all these things, it would become so memorable for life as these influencers can look up to those aspects so closely.

Every experience of travelling has something to learn and it gives new insights of travelling. The travel influencers are trying their best to provide their audience the best information of beautiful destinations and collect the beautiful experiences.

Here are the Top 10 Instagram travel influencers in India who are just becoming influential personalities. They are inspiring people towards the travel choices that one can explore and create beautiful memories.

Nikhil Sharma was born on 4th November 1991 in Mumbai and he loves to do travelling and he has visited many places and Ladakh is his favourite place. More importantly, he has started his YouTube Channel which he named as the “Mumbiker Nikhil” and he became very popular when he has posted on Ladakh Journey video.

Therefore after the upload of this video, he has gained a lot of followers who are liking his work and his YouTube channel also started growing.

Nikhil Sharma has a huge fan base and he has 1.3 million followers on Instagram

Shivya Nath was born in 1988 in Dehradun and she has worked as a social media strategist at Singapore Tourism Board. From there onwards, she was introduced to the world of social networking and she has commenced with her own travel blogs as her interest in traveling increases.

She has also travelled the Western Europe and she became very popular with the blog which she named as The Shooting Star as she shares her experience of travelling which are liked by the audience. She has worked for many prominent magazines which include BBC Travel.

Shivya Nath is very popular, and she has 105K followers on Instagram

Siddhartha Joshi was born on 30th January 1980 in Mumbai. He is a well – known blogger and a travel writer as well. In his blog The Wanderer, he usually shares multiple travelogues and shares some his travelling tips that can benefit his followers.

Siddhartha’s blog gives you the insight of the beautiful destinations which one can go .He is the member of the famous blogger list which is a very big achievement. Due to all these reasons, he has huge number of followers and he is a very impactful Instagram travel influencers in India because of his unique personality.

Anunay Sood was born in 1994 in Uttarakhand. He is known as a travel vlogger and a photographer. Anunay has immense love and passion towards travelling and exploring new places.

He started his journey as a marketing specialist but he has the wish to live his life outside from the corporate world as he wants to life his life fullest, he became a travel vlogger. On his social media accounts like Instagram, he received immense amount of love.

Shenaz Treasury was born on 29th June 1981 in Maharashtra. She is a travel vlogger and an actress also.

She has been the tourist of many places and she loves to post the videos of her travelling experience and she is one the best Instagram travel influencers in India as she likes to give descriptions of the visuals of the sight.

Nivedith Gajapathy was born in Bangalore. He was also known by the name of MacroTraveller and he is travel writer also. His love for travelling allowed him to travel 23 states in India.

Nivedith’s works for the top leading magazines will be regarded as the future in the field of travel blogging.

Ami Bhat was born in Gujarat. She considered travelling as a big part of his life and she always enjoyed each and every journey. More importantly, she has also started with the traveling blogs and her favourite’s places to visit are Ladakh and Udaipur.

Through her blog which she named as Thrilling Travel contains stories that are full with adventure and fun. In addition, one can be inspired by her stories and she became a prominent name in the list of travel influencers in India who are just enjoying their life.

Ami Bhat is a popular social media icon and she has 16.3 K followers on Instagram

Shramona Poddar was born on October 1, 1993 in India. She is a famous personality and she keeps posting photos which are related to the nature, landscapes, different mountains and hiking trails.

Shramona also posts a variety of modelling shots in beautiful landscapes which gives the insights of her travelling which is the best thing. All these things are liked by her followers because they all are very different and all are related to travelling.

Mohammad Salim Khan was born on 9th December 1991 in Mumbai. He is also known as MSK because he has commenced his Youtube Channel with MSK vlogs.

He is the one who goes on adventures and bike rides as all these things inspired him to start up with the vlogging for bike tips.

Vishakha Fulsunge was born on 3rd November in 1993 in Mumbai. She is a female bike rider and she is famous by the name of RiderGirl Vishakha.

She has started her own YouTube Channel where she shares her riding experiences and she is becoming the women who is breaking the stereotype that is build up in the society.